Urban Memoryscapes was an interdisciplinary project developed in collaboration with Lumbardhi Foundation. The project consisted of research, archiving and exhibition-making strategies with a focus on the the social, cultural and economic history of Prizren in the second half of the 20th century. Through this project ten participants were equipped with tools to document the past and interactively work with the collected data to build a digital archive, online and offline exhibition, a publication, and most importantly producing knowledge about their communities and engaging in a learning process about a critical period that has been formative for the cultural and urban identity of Prizren and its inhabitants.

This project is made possible with the support of the Franco-German Cultural Fund and the French and German Embassy. 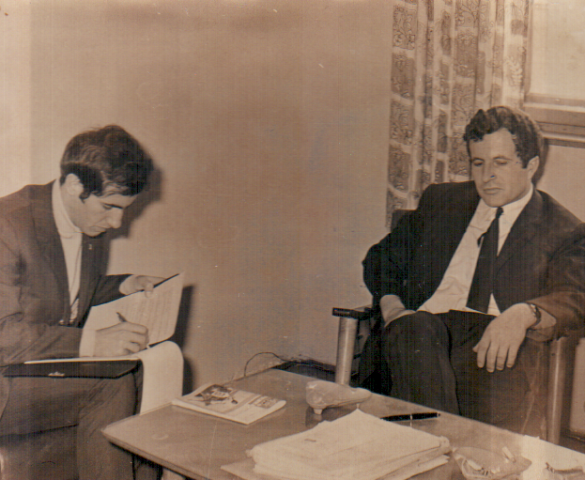 In 1968 I enrolled in law  school in Pristina. Few months later, in April of 1969, in Pristina, began the publication of the newspaper Tan, and they invited me to work in this newspaper. In fact they opened a call, a job opening, I submitted my application and I was accepted. Like that we began to prepare the first issue of Tan. I worked with Safet Breka from Pristina, with Enver Baki… I was from Prizren, with my friend Bayram İbrahim, who also completed the High Vocational School. He is a poet who now lives in Pristina. With us was Müberra Tune from Mitrovica. So we were four-five people that made the decision to publish Tan with the permission of appropriate institutions, and we started to prepare the first issue.

I remember that they gave Tan a place, it was an entirely empty space. Two desks were shipped by truck and we found them a place. We did not have a typewriter, because as you know, Turkish language has the letters ö and ü, they are different. There was no typewriter [with such letters]. The director of Tan, Süleyman Brima, had a typewriter and he brought it. Also, at the opening of Tan, Süreyya Yusuf brought his typewriter. […] From April 1 to May 1, we worked on the first issue of Tan. My text is on the first page of the first issue. 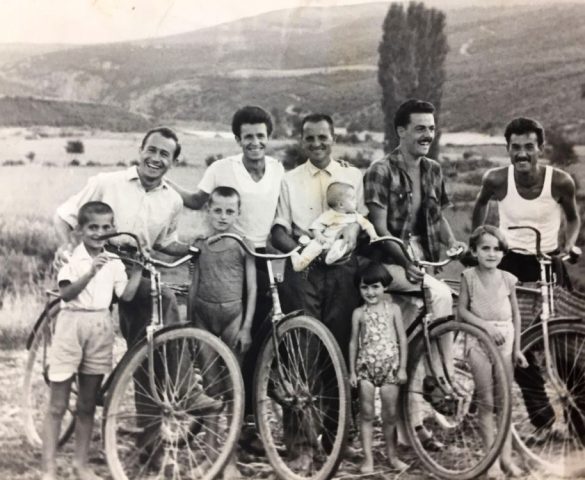 [T]he majority does not know where the soul of Prizren is, the majority. Perhaps I come across as a localist, Prizren’s soul is in the citizens of Prizren. You can degrade, devastate the whole of  Prizren, but not its soul. Prizren’s soul is everywhere, in every part, because of its geographical position and climatic conditions… it is no coincidence that we find road stations and settlements of different time periods here, it has a strategic position […] The Prizren Castle dates from the Bronze Age. When we did the excavations here in collaboration with the Archaeological Institute of Tirana in 2004, it was the first time that Albanian archeologists came together, and so we started that here. Though they mostly came here, we never went there (smiles). It was a bit different, so we encountered traces at the entrance of the Castle, on its right side, we encountered cultural layers of the Bronze Age.

The cultural life was complemented by the arts and culture societies which were based in the city of all nations and nationalities, as we referred to them at the time. Along  with the theatre, I was also a member of the Agimi Society, and their concerts oftentimes were good, not very often, but they were quite good and successful. Also, the experience I had in that society was grand. […] I was lucky that at the age of 15, 16 to go to Germany with the Agimi Society for example. That was a great experience, because the city of Prizren and Bingen were twinned and that tradition continues.

So they have the Bingen Fest, they collaborated with Progress, a Prizren-based company and the wine producers of Krusha e Madhe and Rahovec. So, for the first time as a 16-year-old I flew by plane, at that time it was rare and out of the ordinary. The same trip we took two years after with the Agimi Society at a festival in Turkey, in Italy, and many other places in Yugoslavia. We also participated in the Olympics in Sarajevo, I led the Society’s concert. We were invited to the Olympics in 1984. […]

That was a very unique experience for all of us, because youth and their parents could not afford it, not all parents could afford to have their children travel to other countries. That was the satisfaction and the reward that you got, of course, you also received a certificate, an acknowledgement for your role that you played, and that was very satisfying for us. 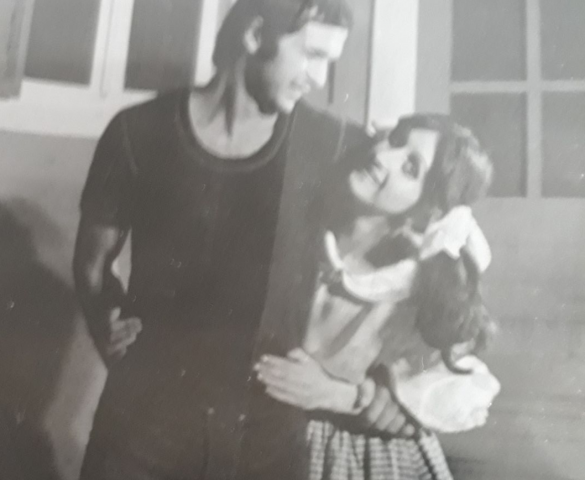 I felt very secure, the conditions were very good, the hygiene was good, I had no obstacles with my friends, there were various communities: Bosnians, Serbs, Albanians, Turks, but we got along very well, we lived all together. But I was the only Roma working in my department, but there is a saying, ‘One finds themselves in the setting where they live the way they reflect.’ But I never felt bad there, I didn’t feel bad in the elementary school nor in the high school or in the high pedagogical school, I was the only person from the Roma community in my classroom but I never felt bad, my friends didn’t feel bad either for having a person from the Roma community among them. We got along very well at that time…before the war exploded, then there were some agreements which had to be signed. I don’t know! Most of Albanians quit their jobs not only in the factories, but in schools and everywhere else…

Every year, we went to Macedonia, Ohrid, Dibra or any other place in order to see the language differences, because we speak differently from them, we spoke gegë there. In ‘72, çak [colloquial], it happened that we started to speak the standard language. It was difficult for us, more difficult for the students and even more difficult for the parents because of additions and suffixes…but they reacted to it, ‘Tell us, tell us how it should be.’ We had a hard time getting used to it, then it seemed all normal to us after a few years. Wherever I go for official visits, I still speak the standard language, I can’t speak the gegë. 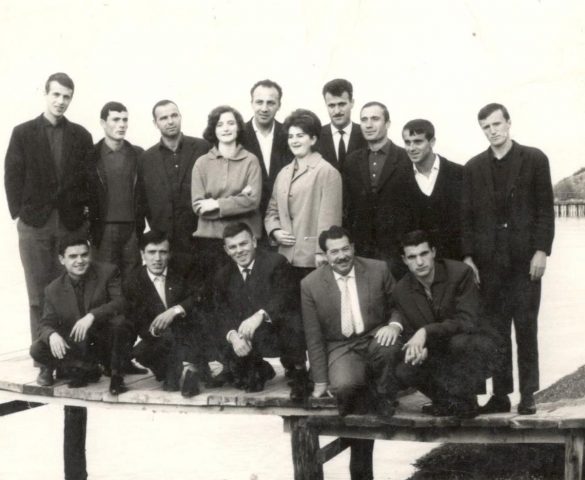 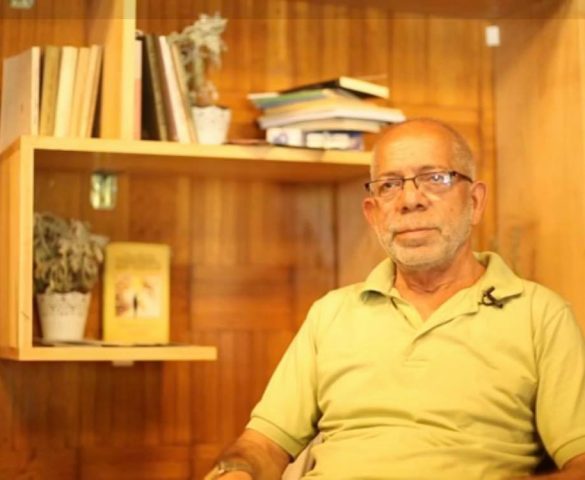 Because, we, our Romani have a lot of knowledge. A Turk or a Serb or an Albanian cannot play the same music. That means, we have a lot of knowledge, we, the Romani, that is why they always invite us, for example, you can take a Turk, people can take a Turk but he cannot play the music the way I do, or the clarinet for example, a Turk cannot play it the same way as I do. They can play a little, but that is not enough. This is it…

I didn’t have children. My husband also died in ‘82, in the late December, his name was Reshat Isa. And since then, I only read, sometimes I do handmade stuff,  I used to work gobelin tapestries and I still do sometimes. […] I really really miss that time. Even though I am old now, I really miss the staff of that time, we were a great staff. I still miss them, I come here to take books, sometimes I come to visit them, ‘How are you, what’s up?’ and they also invite me, the director, whenever there are library holidays. 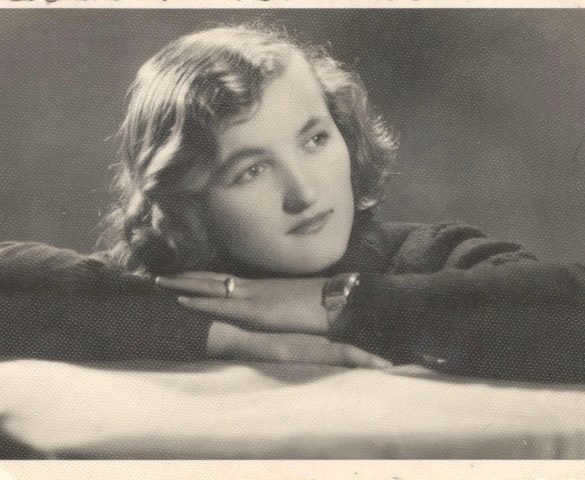 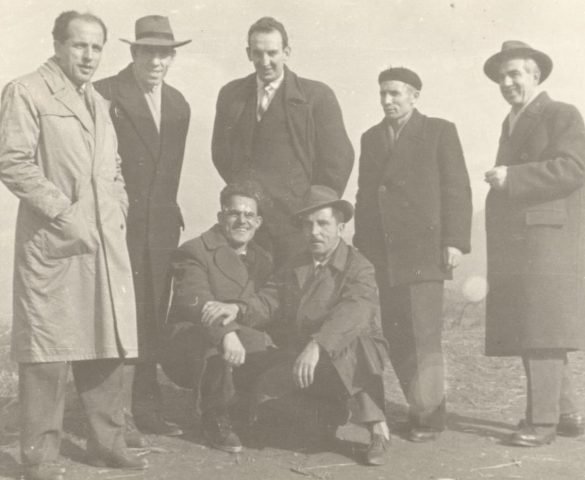 Radmilla Rexhepagiqi was [my teacher] she was Muslim, chemist…When she explained the compounds, structural molecules, somehow I didn’t need to study at home…But I got everything directly in class, I listened to the lectures so carefully that I never had to read at home and I always got fives.

We often use this word, that when a Roma child is born, they immediately know four languages, because the social circle here requires it and we have no problem with that. […] What will always remain registered in my head is an image which was also a motivation for me to continue motivating my children, I am talking about one moment when, my mother who always walked me to school and back, and what was interesting, she knew the rule that parents needed to follow their children, to help them with the homework and she asked me, I mean, when I returned from school, to do my homework, to write, to do my mathematics homework, or writing-reading sessions. And, until the second or third grade, I really didn’t know my mother was illiterate, because she always hovered  over my head, I thought that she knew what I was doing, what I was writing and reading. I thought that she understood. 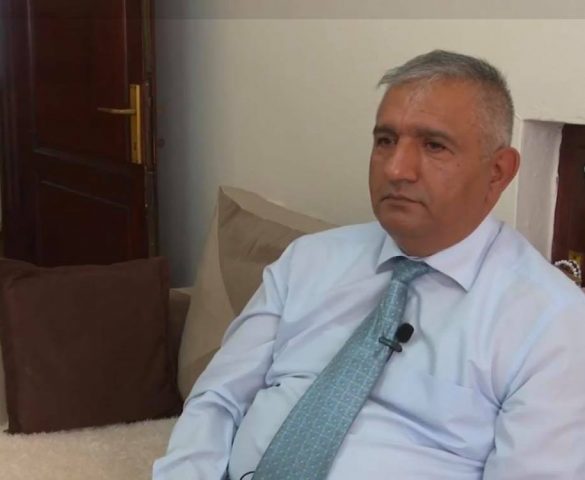