The history of Janjevë/o locality is connected to the mining tradition of Novo Brdo and Kopaonik which had deposits of lead and silver that fostered economic development and growth. The history of Croat community in Kosovo dates back to the 14th century. Though the mines have been closed since the 16th century, the community continued to find meaning in Janjevë/o and reasonable cause to remain. By recording oral history interviews with the members of different communities, we seek to increase understanding of the cultural and economic identity of the locality of Janjevë/o.

The research on Janjevë/o is part of the “Inter-community Dialogue through Inclusive Cultural Heritage Preservation” project funded by the European Union’s Instrument contributing to Stability and Peace (IcSP) and implemented by United Nation Development Programme (UNDP) in Kosovo. 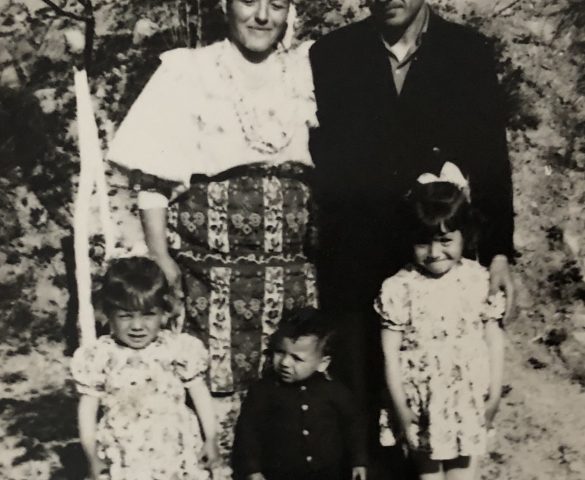 I did go to school to tell you the truth, I went up to the fourth grade. I went and did not. That’s how it was among the people of Janjevo, they wronged us here, and maybe somebody regrets that now. I was a child, you know, for home. My mother sent me, I was no fool, I crossed the world and I could attend school. But they rebuked her, it’s a girl, she’ll marry, you know, she doesn’t need education she will deal with diapers. But the boys too, they will carry packages, he will work at the market. This is how it was.

Mother was giving birth, there they mowed the land, and she let me and stopped me from going to school. ‘She will marry, what school?’ Like that. When she gave birth to that brother, I was at home for a month, she did not let me go to school and she had to pay a fine for that. I was in the fourth grade about to get to the fifth. She paid a very large fine, then she had to let me go to school, but without notebooks, books, wasting my time at school.

Three years later, after I passed fourth grade and was in the fifth, three years later I went to the fifth. I always joke about it. I said to the present school principal, ‘Give me a diploma.’ She says, ‘Why Marija?’ ‘But, I did go to school, I want a diploma.’ She says, ‘What diploma?’ I say, ‘I went to school for three years, that should mean something. You know what, that too is a sacrifice. I want a diploma, I won’t show it anywhere.’ I said, ‘I don’t need it for job applications, but to…’ They promised they would give me one for the eight grades I completed. I want to put in a frame because I went for three years in fifth grade.

The factory was, the craft’s factory was called Metal, Metal Factory. I experienced it here too because the factory was in Janjevo, yes. The space was small here. There were 300 workers, here in the factory. But in the meantime, the municipality, Kosovo then had built a building outside of Janjevo. Look at that, that building was planned so other villages could also join in, so they could come from the Municipality of Lipjan for example… Actually, when we moved down there, there were workers from Obiliq, from Golesh, from Lipjan, from Gadime, from Ferizaj, from Plitkoviq, from Banulla, Llugagjia, everywhere… there wasn’t a village that didn’t have workers in Janjevo’s factory. There was, that factory progressed, from 300 workers we had somewhere around 800 workers. The salary was pretty good, we had the cadres, so work went well, we worked, it was good. Because after I finished school, they hired us to work there immediately. I was working there from ‘66. 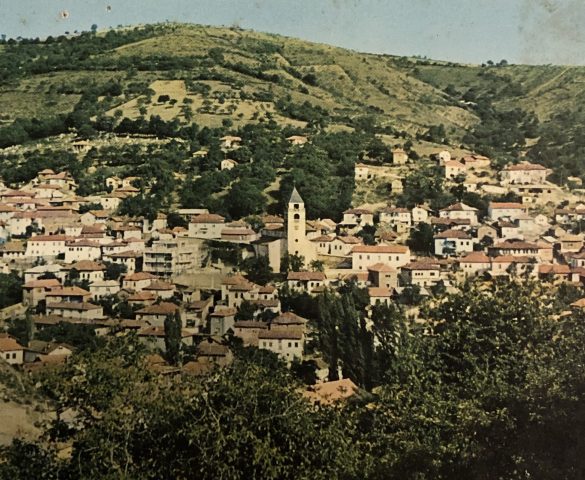 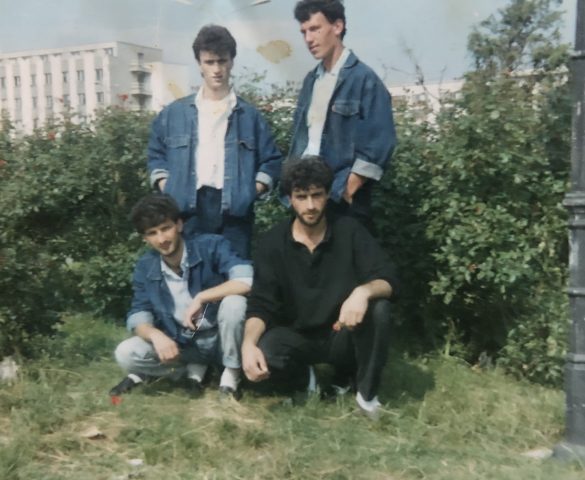 Janjevo is known for its craftsmen. An anecdote still circulates, it has been passed on from person to person, there’s nothing written of a sort, however… when Nastradin visited Janjevo, he had asked the people… in fact, before asking them what are they doing, he bragged about his garden, about the size of his cabbages, and that there are no carts to fit his cabbages. Now the people of Janjevo remembered what he had said when he first visited. When he visited for the second time, they were working with their hammers, making noise. He asked one of them, ‘What are they working on?’ ‘Oh, they are making that cart for your cabbage.’ So when he realized they have… he had cursed them, ‘May you never become neither a city nor a village.’ We tend to believe that because of the curse, Janjevo is neither a city nor a village.

In front of Bash Çarshia, there used to be a state-run café, a state-run café. They used to have singers and stuff, I remember that surely, I remember because 55 years ago […]The atmosphere was, how do I put it? That will never return. That atmosphere will not return here. That café was always full. There was music, they had singers. The young and old went there, even the middle-aged. Whoever could, got in, whoever had money, of course. You cannot enter a café without money to pay for drinks. There were no divisions, no one cared if you were Croat, Roma or an Albanian. No, no, no. Regardless, we ate and drank there together. All together. We had no issues among one another. But I don’t think that time will come back. Life was really tasty, life was sweet. 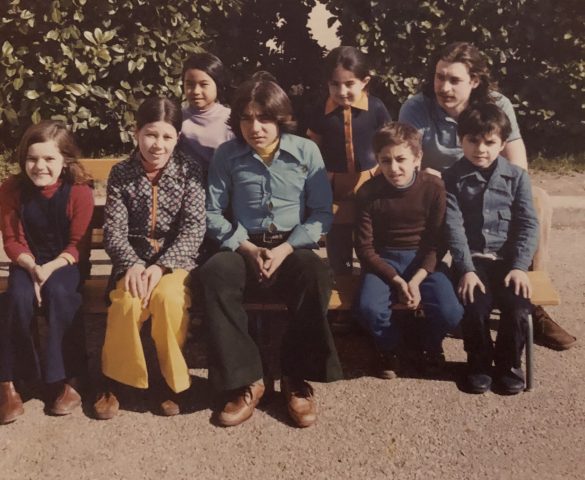 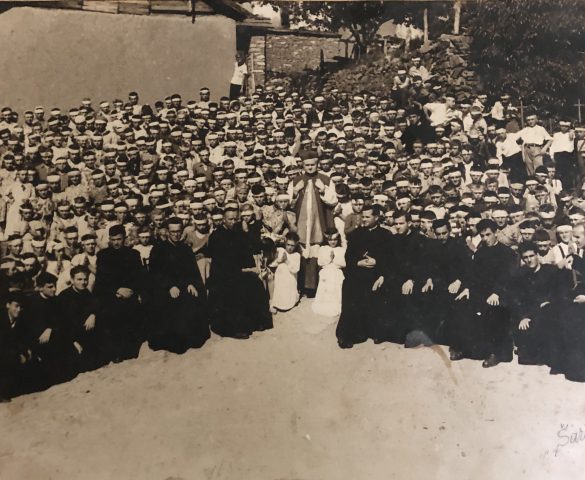 Janjevo, as I recall it in my childhood, it was really blooming, it was experiencing a renaissance. So, we had everything in Janjevo. That was a small town, which had everything that people, citizens needed to live. You know, all sorts of stores. Not only what we produced, but also had in the center the so-called bazaar, where that mercantile life took place.

From the morning, early in the morning, when the morning church bells rang, people woke up, prepared themselves for work, those that went to their stores, those that went to the markets or to their workshops, some farmers. Mainly, people worked the entire day. In the evening, the bell rang again, and that was a sign that they should stop working. Then the men, the head of the house would go out to the bazaar, in the center they would do their business, trade, goods exchange agreements.

People knew how to speak and invent stories. As a child, I remember when I went to buy cigarettes and later, when I grew older, we started going out. Then around ‘86, ‘87 when the cafés opened, I was a young man. Then in ‘88, ‘89, that was, what do I know, no one can describe it. It was beautiful, we had friends. We were friends with Albanians, we played football. Even today we socialize.

Only men went to cafés? What about women? 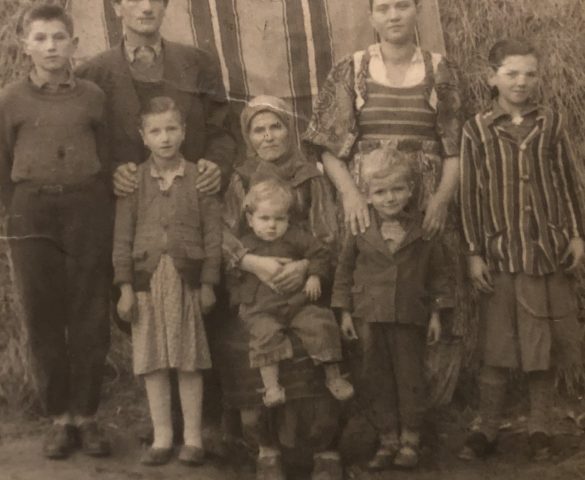 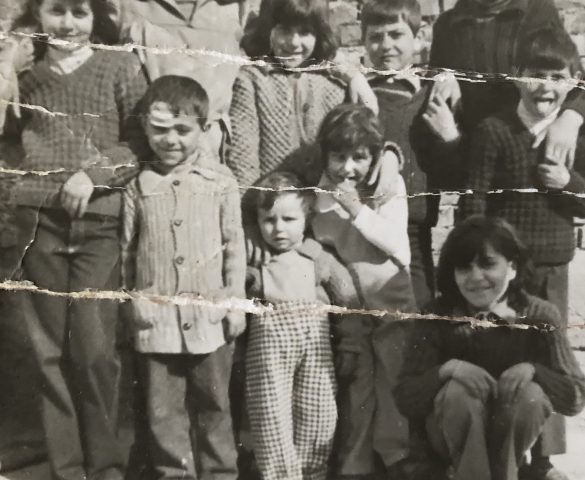 Our elderly had around 300 hectares of grape vines. We say, we had to dig it with our hands, rummaging, we used to call it then, you know rummaging. You had to dig at least half a meter deep to plant the vine. And, in the third year, the vine would sprout. In the meantime, there we planted onions. We call it karamide, onions were planted there so that the vine would sprout later.

Our people were then what we call ‘merchant wanderers.’ That’s how we called them skitači. No matter if they went to Macedonia or Slovenia or Croatia, Bosnia, whenever they learned about a fruit, they would take it and place it in a potato so it doesn’t dry out. When they came back, they grafted it. There was no fruit that Janjevo did not have.

We had that day we called Rifana. On the evening of that holiday, St. George’s, people gathered with friends at home. But also at Glama. They set up a tent, and there they start a fire, cook lamb, sheep whatever they want. There are drinks, singing. But you could also go and steal something, though that never became a habit to take something from someone. But food that people prepared, whoever could steal and eat it, and the deed was done. That was a tradition, a trick, you know to have a story to tell. But it was really…

You did that every year?

Every year. The whole night we sang until morning, some would stay at home. Then we tied the swings to the roof, now we have gutters, so you cannot. But then you could tie it on roof beams, you placed a pillow and swung the entire night. 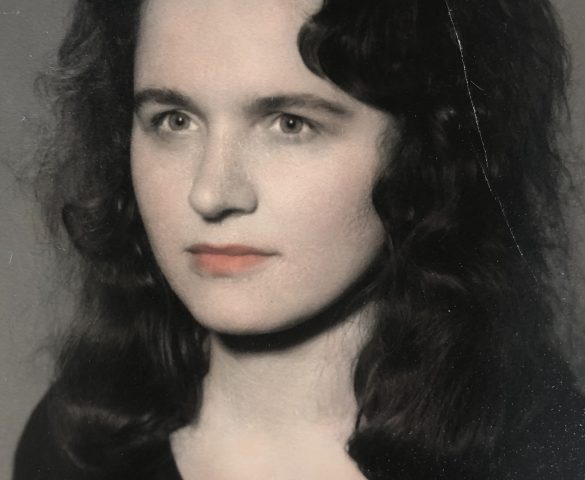 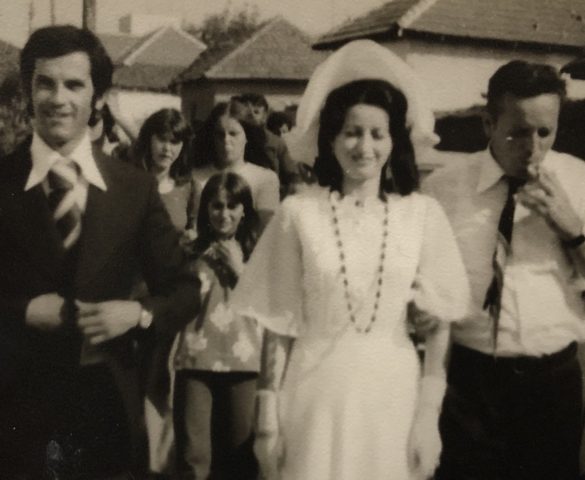 Everything was in order, to be fair, the Croats, they had it as an obligation on Friday evenings, everyone cleaned up the cobblestone in front of their doors, and left no bits of it dirty… as for the dirt, God forbid, but there was no dust even. They cleaned it up with water and on Saturdays the streets were… those narrow streets of Janjevo were clean. This is what I remember, in other words, that is of material value, it is culture, right?

Why exactly on Fridays?

On Friday so it is ready for Saturday and Sunday… on Saturday they worked, but on Sunday the Croats, Catholics don’t work. And they, if you ever went to do business with them, they said, ‘I am sorry, but this is my day off, it is a holiday for me.’ They considered it a holiday. And I asked them, as you are asking me now, ‘Why on Friday?’ Because the priest goes for a walk in the streets of Janjevo on Saturday at a certain time. When the priest passes by… now I don’t know. But when the priest passed by, everyone went out in front of their doors to salute him.

I remember the end of the ‘60s when the Cultural Center was built. We got a screening room and then that was, the idea was that now we can go and watch Dean Martin and some cowboy movies and the like. Then it got easier and it was sweeter. Every Sunday, we would gather at the Center. There was folk dance, dance, live music. Of course, we created and financed that music, and so on.

I remember the time when we did not have enough money to buy more guitars, drums, more instruments that would help and improve the quality of those dances. Then, so to say, we nagged these people in the neighborhood, demanding them to invest a bit in the youth. ‘Invest, we need more money for this and that.’ So whenever there were those moments, we would collect the money and I recall that is how we founded the brass orchestra.”

We played local slow romance songs, beautiful city songs. But also, Tom Jones’s music was present, also the Beatles. So, we played both. Unfortunately, very little… we didn’t know, or I don’t know why, but folk music was played less, we were more interested in the music that was modern at the time. Songs of, for example, Miša Kovač, Jevremović, also our old Prizren songs, and so on. 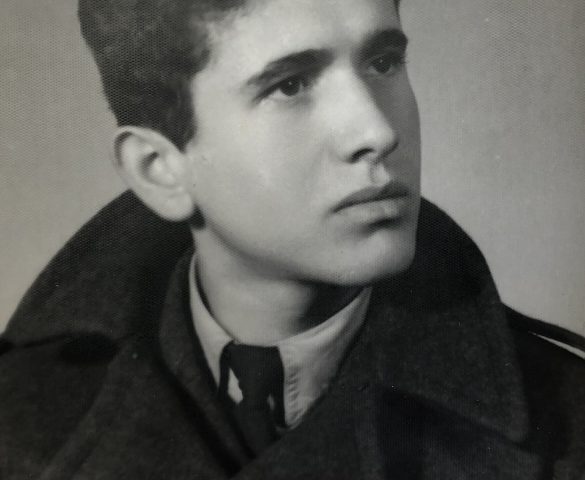