Through this research, Oral History Initiative will document the work of the PostPesimistët [Post-Pessimists], a cultural youth group active from 1995 to 2003. This association was funded by a Norwegian organization and was part of a larger network operating under the same name in Bosnia and Herzegovina, Serbia and Croatia. The Kosovo PostPesimistët mainly gathered people from the Gymnasium Xhevdet Doda in Pristina, where students were still able to attend classes in the school building during the Milošević regime, while most Albanian youth had to rely on schooling conducted at home, in the so-called parallel system of education. The PostPesimistët  organized cultural evenings for youth, as well as various photography and journalism workshops. But their main activity was the publishing of a magazine  under the same name and its distribution among the youth. The Post Pessimist magazine later became an insert in the weekly Koha Javore.

Post-pessimists were the only ones who organized parties, exhibitions, they had the magazine […] it was the only small window through which, you know, you could look abroad and be interested in what is happening on the other side. […]

There was a kind of tendency to normalize youth life in Kosovo at that time, besides that, it was even something more, because Post-pessimists were part of a regional network, and for many of us it was the first opportunity and the first time we could meet our peers outside Kosovo, and that was very important for that time, because we were living in circumstances where it was impossible, almost impossible, to meet someone who lives outside the borders of Kosovo.

[…] So, my father was there [Tirana] for a long time, and at one  point we decided that we had to be together, we could no longer live separated. We also thought that maybe there we would have better opportunities for studying  than in Kosovo. Also my mother had the chance to start working as an architect there, we had no chance in Kosovo. So we all decided to go there […] This time we all decided to go and start going to school, my sister and I, our brother in kindergarten and so on.

I went with a, I don’t know how to say it, with…maybe Postpesimistët [Post-pessimists] helped me not to go there with prejudices, to be open and accept being part of them. I mean, because most of those who went  there were like, ‘They are different, they don’t know, they speak…’ No, I went with enthusiasm. Because life was a bit different there, you would go to the theater a lot more often there (smiles), or there were concerts almost all the time. And I know that after  school, with my classmates, I actually started hanging out with my classmates  right away. […] I remember very well the first day we entered the Sami Frashëri gymnasium. For us it was an experience… I mean, because many spaces of our city were forbidden to us, now suddenly we saw them for the first time. I remember  well when I entered the gymnasium, I was  amazed by the hall… I mean, compared to Hertica’s house, you know, it looked  a royal palace to us. I remember when we entered Boro and Ramiz, for example, the sports center, which  was… you spent the whole life and you didn’t, your road never sent you to the sports center. Now, as a 15 year old, entering the sports center for the first time was an extraordinary experience.

Let me tell you about one case. It was… I was  going down the street with some girlfriends, where the new church is now, in [the neighborhood of] Tri kapelat [Three Hats], we were walking towards the underpass. Nothing, we were just walking and talking. And now, animated teenagers, la-la-la, and we were walking by a coffee shop. There  were some chairs outside, and just as I was talking to my friends, you know, animated, I hear a voice saying, ‘Hej, mala, tiše malo,’  very aggressively, which in Serbian means, ‘You, girl, lower your volume.’ I turned my head, and I saw some, we called them dizellasha [hooligans]. They were some young men who would dress alike. That was a profile of a Barabbas at the time. And I turned and  simply said, ‘Izvini’ [I am sorry]. My first instinct was to apologize.

And I continued. And he was like, ‘Alright, I forgive you but don’t bother me anymore.’ And we continued walking, and I  still remember this  after twenty years and I remember also that and at that time, three-four steps later, I was like, ‘What forces me to apologize to someone, who is a resident of this city like me? This street belongs to me just like it belongs to him!’ And I felt contempt for myself. Why was my instinct to get smaller and apologize? You know, simply feeling privileged because they allowed you to breath in your own city. It was difficult, it was difficult to the point that you stop and think, but human nature is, you know,  such, that you make it look like flowers to yourself, otherwise, it is hard to survive, it is hard to go out of your home. 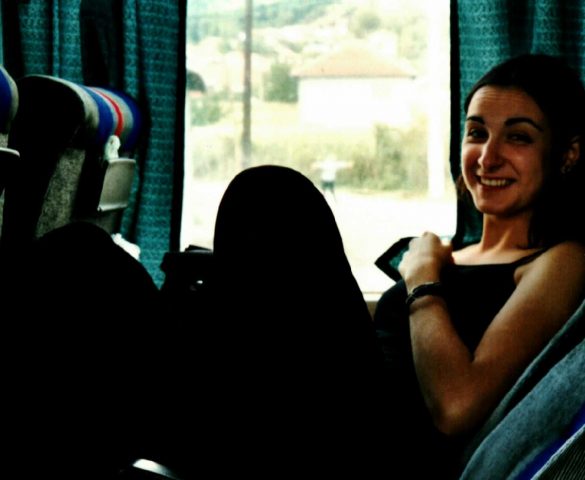 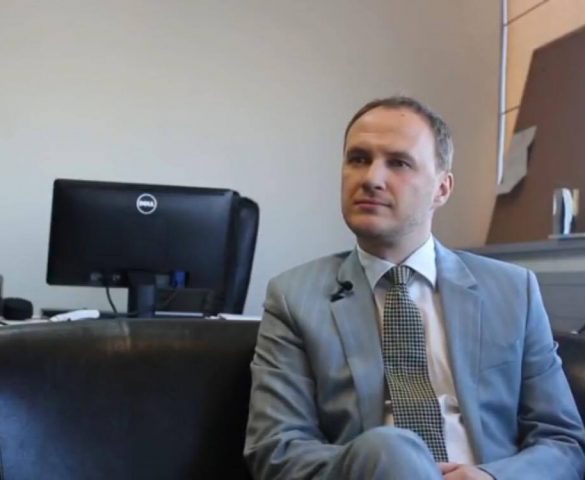 My apartment was in the city center and maybe that is why it was easier to start working there. A kind of youth center [English] was created, a youth center, we held  meetings, had exhibitions, events. We then organized music evenings in those buildings which were there, various coffee shops. So, a kind of…we started with the publication of an insert, a youth newspaper within the then magazine Koha Javore [Weekly Time]. While in Austria, the subject  of the name came up, ‘How will this network of organizations in former Yugoslavia call itself?’ And there had been an interview of Leonard Cohen, the famous Canadian singer who died last year. ‘Are you an optimist or a pessimist?’ And he said, ‘I am a post-pessimist.’ And it was an accurate name  for the period we were living in, because calling ourselves Lulediellat e Ballkanit [Balkan Sunflowers] at the time when there was total terror, was a little naive. But how to express our desire to get out of the trap of pessimism and defeatism and fight it, do something about it, without having a super optimistic name? Then someone proposed the name Post-pesimistët [Post-pessimists], and that remained the name of the organization and it was used for seven-eight years as the  platform of political, cultural and artistic activism of a great generation of Pristina youth.

After the report about  Armend, there was another report about  a hand grenade which we found behind the Post-pessimists office. Our office was located where Strip Depo is located today, that is where the office, the Post-pessimists office was. And I think, if I am not mistaken, with Jehona, I think with Jehona, we looked behind the office and we saw a hand grenade. Then that hand grenade, in fact, that photograph became the cover of Koha Javore [Weekly Time], with the same, with the same warning. Because we collaborated with Koha Javore at that time. We began to be published as a supplement. Of course, we collected  money in the same way, because money was needed for  printing, to come out as a supplement, as part, as a supplement of Koha.

Personally, Post-pessimists have helped me understand the perspective of the other, because it’s not that I have always been open to that perspective, partly because of the context  in which I  grew up and the political developments  which formed  me before the  school or the street could do so. They helped me understand the perspective of the other and be politically emancipated, politically educated. I did, not for a second did I have any second thought  about what was happening in Kosovo, and the more  I grew up, the more I realized how unstable was the situation in which we found ourselves. 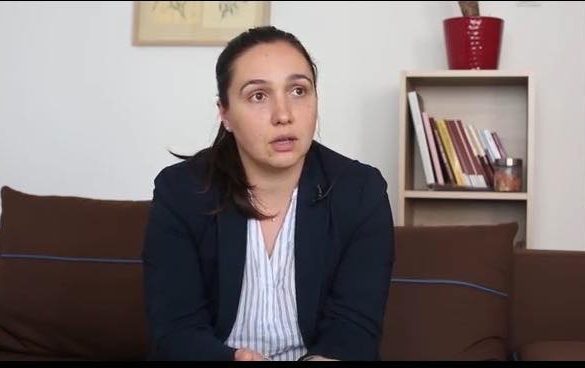