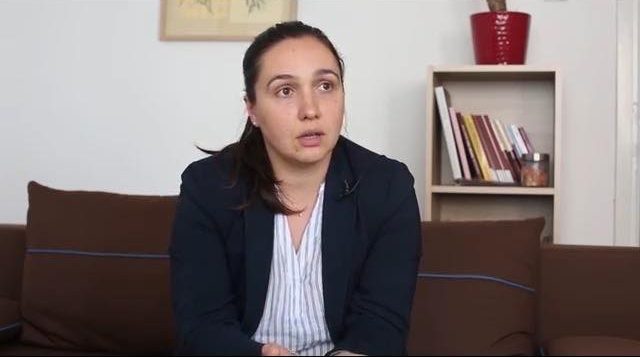 Wars produce lost generations and Milošević wanted this generation of Albanian to be lost. But instead they flourished.

We were mainly engaged by people, I mean  the first circle [of Post-pessimists], I especially mentioned Petrit, to bring people who we thought were leaders of their communities, be it the best students in their classes, or active people whom we knew, or people who were engaged in school activities, you know,  from the gymnasium Sami Frashëri or Xhevdet Doda in this case.

First, our activities were group activities. There were the meetings which we held within Post-pessimists as an organization. Then, one of the first things we did was publishing  a brochure which later turned into a monthly newspaper, I mean, as far as I remember, we attempted to issue Post-pessimists monthly. We had other activities. We often organized dance parties [English], but they were not simply a dance party [English], but more as a way to gather people.  Some bands of that time would play, people who played music, people from our generation,   we gathered  and  listened to them. And we organized something, some activity about them.

Later, when things at Post-pessimists started getting formal, when we started having coordinators…. we selected a coordinator who coordinated various aspects of the organization. At that time, we also started being more formal in organizing these activities and in offering  them beyond the frame of the members of Post-pessimists. A consistent activity were the travels abroad, I mean, in the form of various meetings, which we organized with other Post-pessimists who came from other countries of former Yugoslavia. And in a way, these are what shaped our activity within and outside Kosovo, always preparing to share our experiences.