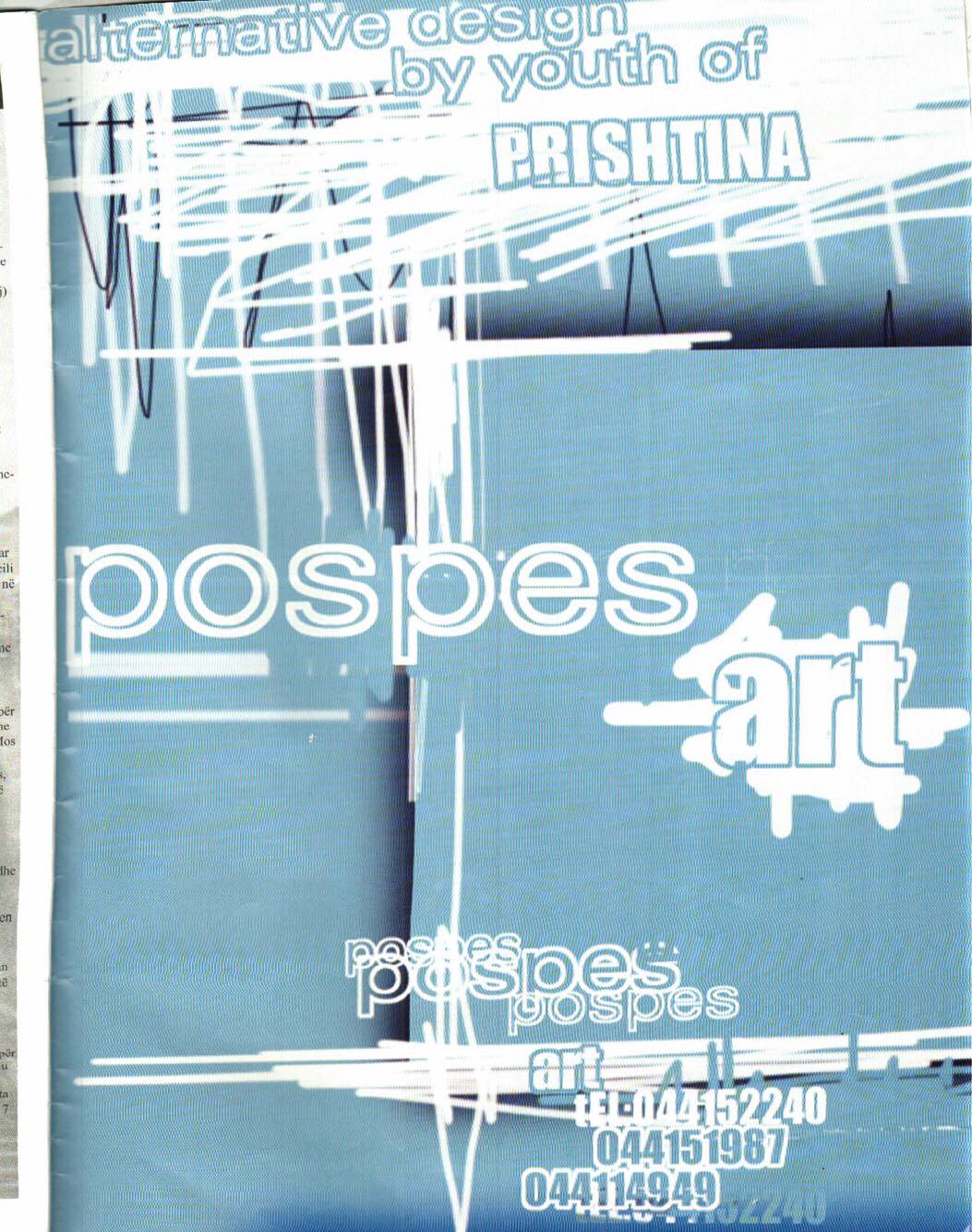 In this story, Labinot Hoxha, a diplomat at the Kosovo Embassy in Brussels, remembers the Post-pessimists. Labinot became part of the third generation of the Post-pessimists after the war, a new moment for this youth organization.

I first heard about Post-pessimists from my friends at Xhevdet Doda High School, where most of the members of the organization were going. At that time, the main activities outside school were sports, eventually music or something related to computers, none of which I was very interested in. When I heard about this very unusual organization, I got curious.

It didn’t take long before one of my best friends, Atdhe Mulla, who at that time was part of Post-pessimists, invited me to help him on a small project. The project was a mural in the Palace of Youth and Sports in Pristina, with a message promoting children’s rights. That is where I got to know other members, and started joining them in activities.  I eventually applied to become a member and had to convince the current members to approve my membership.

The expectations for new members were to prove that you can conceptualize and write projects, fundraise and contribute  to the progress of the organization; you had to do all of this in a period of several months. Contributing to progress ranged from participation in meetings and various discussions that we had on our agenda to various  office tasks, equipment maintenance.

To be honest, not everything we wished for came true, but good things were done. Some of the activities I remember are the publication of the magazine, organization of various campaigns, exhibitions, discussions, a radio show called Pospes on Air, a movie called Ndoshta vetëm një keqkuptim [Maybe Just a Misunderstanding],  a collaborative project with Agon Maliqi. I also have to say that not everything we did there was work. We were a very  small group and together we created a very close friendship which still continues to be very strong. We made some of our closest friends there.

For my generation, those who joined in 1999 and continued until 2002, Post-pessimists were definitely not an organization that we created, but an organization which we slowly joined and slowly made it ours by leading and engaging with the issues of the youth.

Every member brought something new to the organization and changed it a bit, but our generation remained  in the new context of the post-war era and freedom. Even though the structure, the grouping into clubs, journalism, the arts, the social engagement, and the ways in which we later worked and were socially engaged followed the previous model, the world in which we operated and  the problems and issues we considered important and dealt with were very different from those of the previous generation.

While the focus of  our work before had been on creating bridges and overcoming barriers among youth in the context of the wars of the ‘90s, I cannot say that this was our main engagement at our time. Instead, I have the impression that we were focused more on our concerns, the Kosovo youth, and that is where we were engaged on creating bridges and overcoming borders. We had the whole world on our minds, not only the region.

Members of the previous generations often have said  that Post-pessimists were the only youth non-governmental organization in our country, and the second one after Nëna Terezë [Mother Teresa] NGO. We were part of a sector where thousands of NGOs of any kind were created. Something that influenced our organization, as well as the entire NGO sector in general, was the  postwar wave of donors in Kosovo. Therefore, we did not feel an extraordinary responsibility as the only organization and didn’t depend on a single donor to make various ideas that we had happen.

I am not quite sure why it didn’t continue, but I believe it has to do with the changing of the context in which the organization existed.